It's June already, where has this year gone?!

I have just got back from a holiday to Spain. It was pretty epic. Lots of sun, sea, sand and chillaxing. Just what I needed. I went for the week with my parents and youngest brother to an area of Spain called Roda de Bara, about 45 mins South of Barcelona.

It was a week of rest and quality time. I spent a lot of my time reading, sunbathing and playing table tennis (not all at the same time). 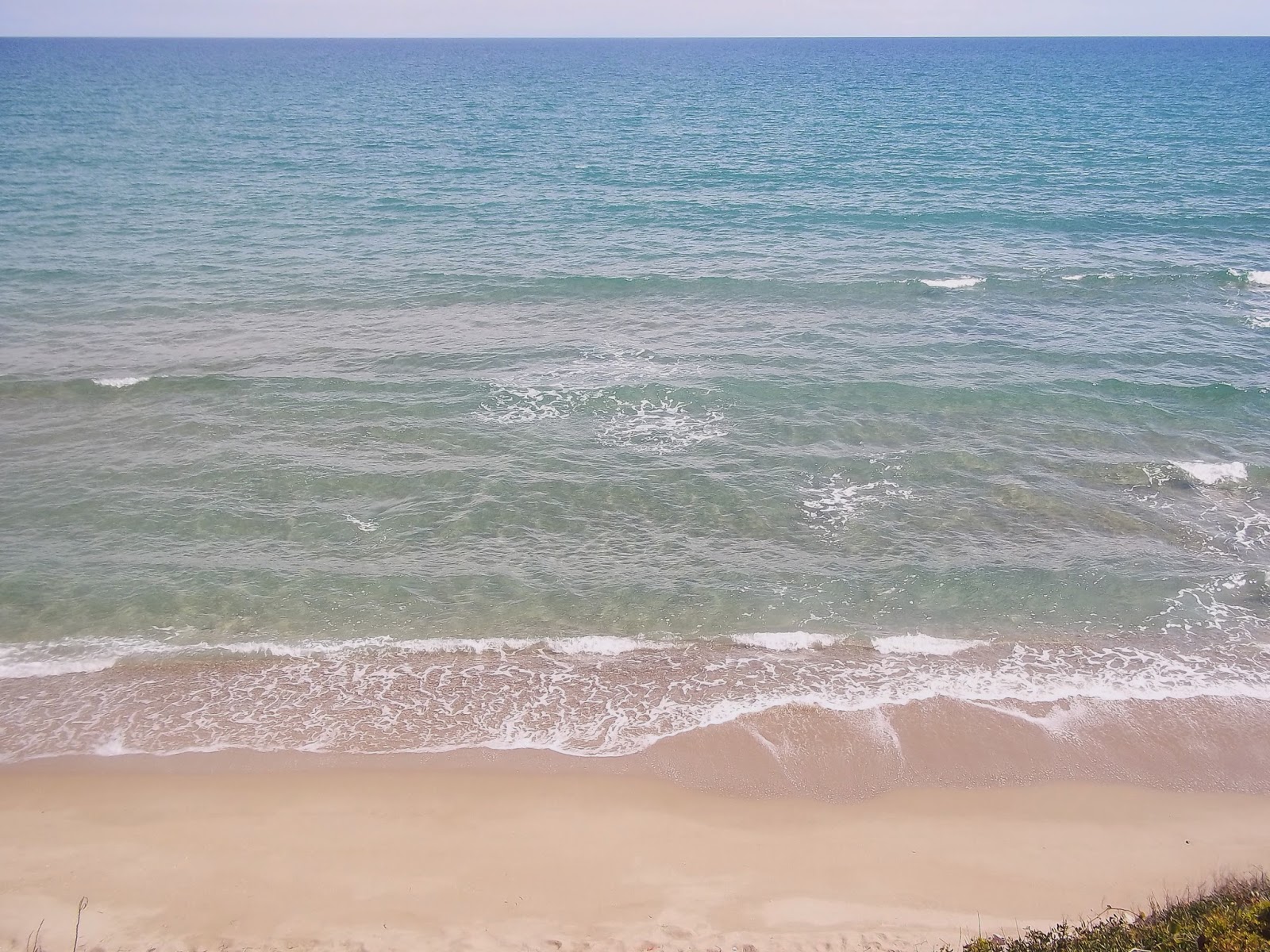 One of the days we made a visit to Port Aventura. Its a theme park just south of town called Tarragona and it has the highest rollercoaster in all of Europe. Now I wouldn't say I am much of an adrenaline junkie, I like rollercoasters but am not too fussed either way. But there was no way I was going to visit this theme park and not complete that ride. I thought you might want to see what it was like - so here is a little video.

It was terrifying. As I slowly went up all I was thinking was, "why did I get on this? I'm not going to like it. This is not going to be fun". However, in true rollercoaster fashion, it took my breath away. Yes it was terrifying and yes my stomach has probably been left there (along with some brain cells), but it was also incredible!

The next day we went to Barcelona and one of the places we visited was the Cathedral. It was a huge building and inside there were loads of little side chapels with statues, sculptures or pictures to look at. The building was very grand and there was so much going on at eye level that I almost missed looking up. The ceiling was pretty epic. 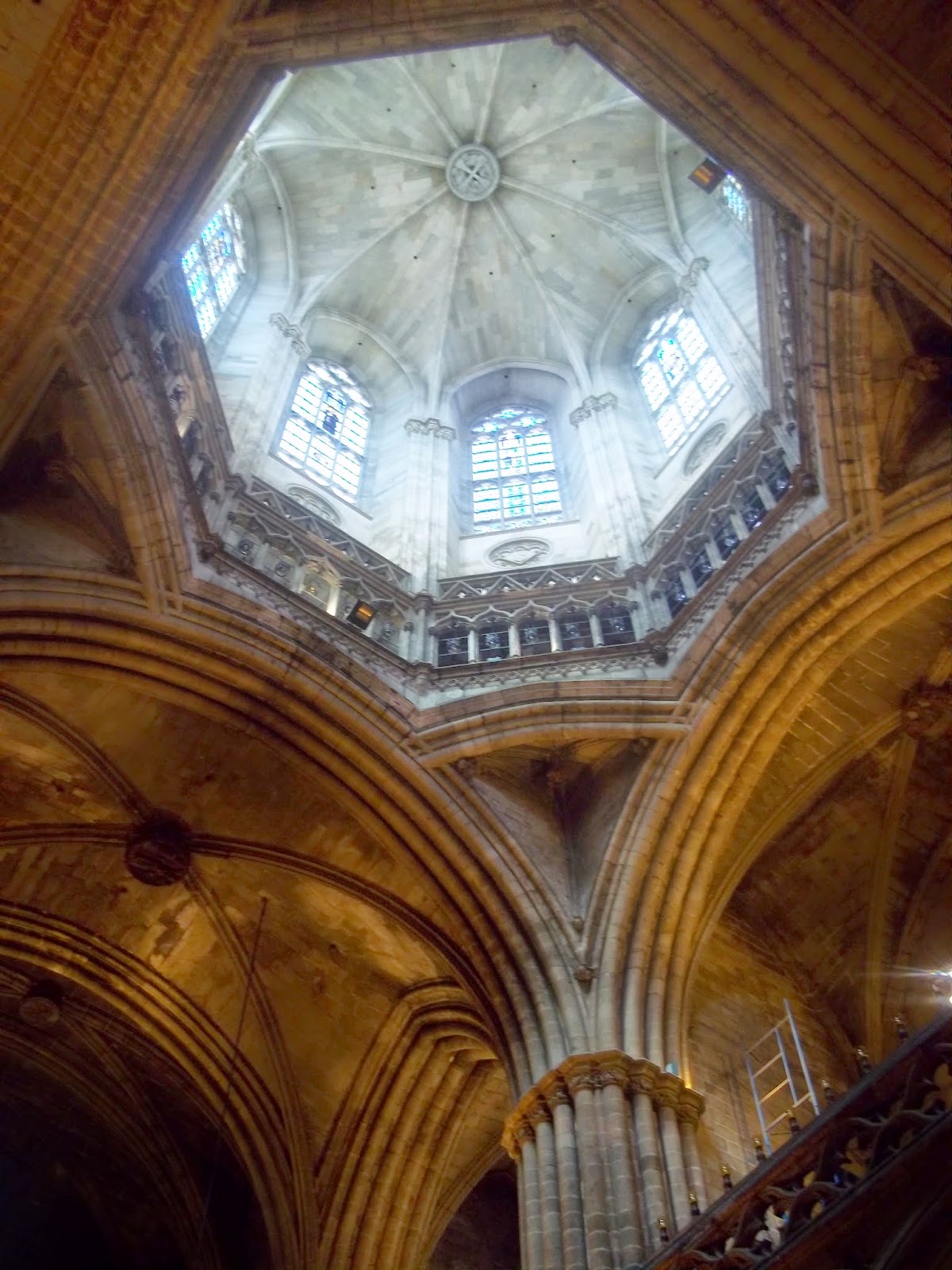 The photo totally does not do it justice. I love looking at ceilings, because as much as buildings are cool, a good ceiling to me just shows going above and beyond. Also I find it insane how tall buildings are (maybe its because I'm so short?). A couple years ago I went to Rome and saw Michelangelo's work in the Sistine Chapel. Crazy to think he spent four years painting a ceiling! In the same way at this Cathedral I was wondering how long it took to finish the interior.

It also struck me that so many people might just miss the thing that made me stop and take pictures. There was loads of other things to see and it would be easy to not glance up and miss the intricacy and workmanship above your head.

Having a holiday also gave me some good thinking time and I was mulling on how in life its easy to just get on with what is in front of you. It's easy to get into routines and make friends and get comfortable. It's pretty easy to do all of that without necessarily looking up and asking God if that's what he wants. You see when I was on that rollercoaster at the start, all I could do was look up. I was facing the sky for what felt like forever. But I couldn't see anything else to distract me from the task in hand. I wasn't concerned with details, I was concerned with the main reason I was there.

For me, I know I can get so easily side tracked - in conversation, in work, in life. I forget what the main thing is. What am I supposed to be doing? Why am I here? And instead I get bogged down in lots of things that can be and are good, but aren't necessarily what God wants me to focus on. Like I can be enjoying the room, but missing the masterpiece of a ceiling.

I don't want to do that. I don't want to miss what God is doing, both in me and around me. I think I've been reminded that I only get to live this life once and so I want to make the most of it. I know I am at my best and most fulfilled when I'm in step with what God is doing. So it makes sense to check in, look up and make sure I'm not missing the good stuff. 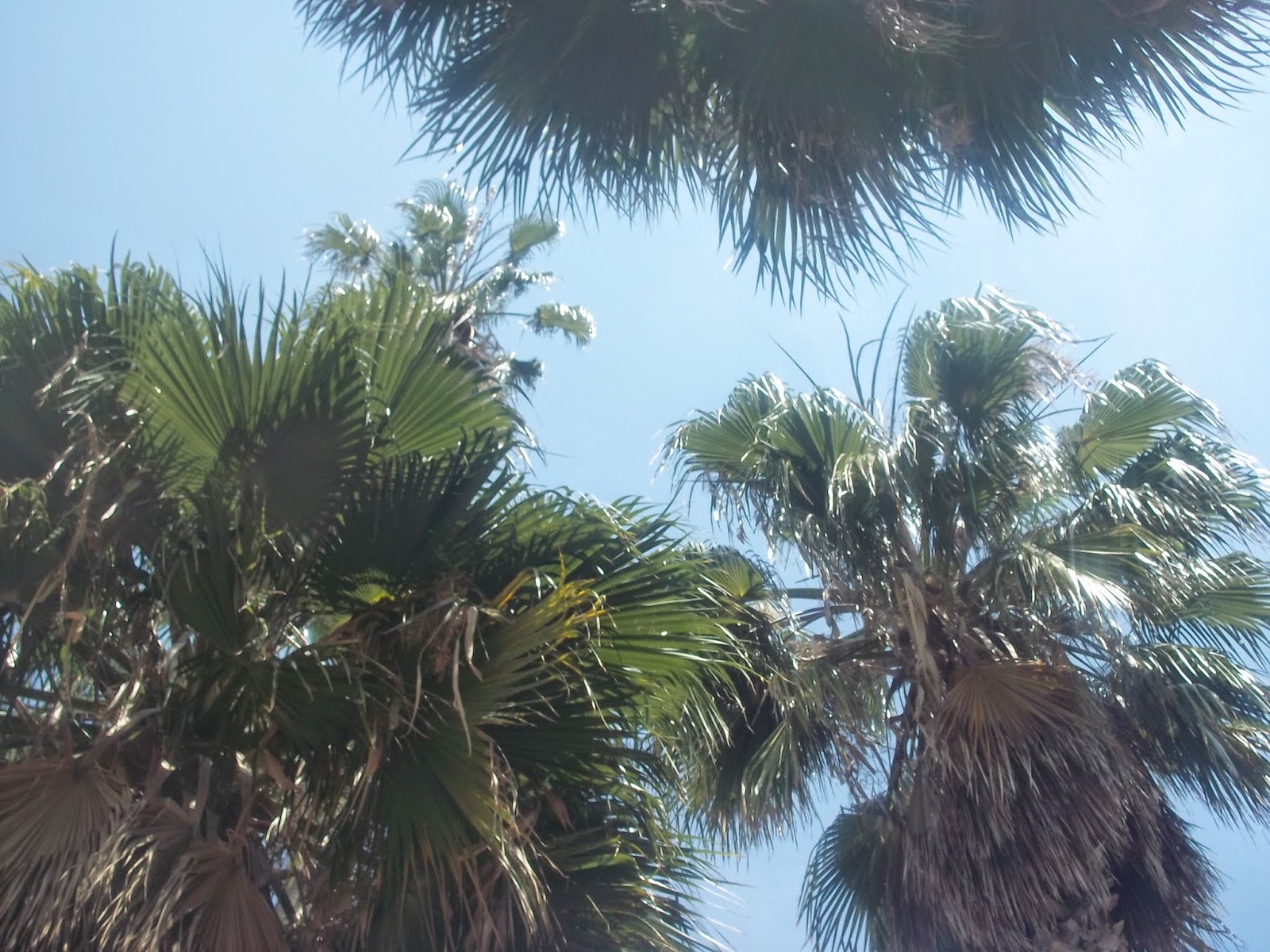