The day I had lunch with some nuns

Today I was lucky enough to take a retreat day.

Every term my work (XLP) gives me a day to take as a personal retreat day. If you don't know what one of those is...it's kind of like a day where you can do whatever you want to seek God and try to hear what he is saying to you - to get re-focused.

So this time I decided I would do something a little bit different and I went to a Christian Retreat Centre not too far away from where I live called The Emmaus Centre. 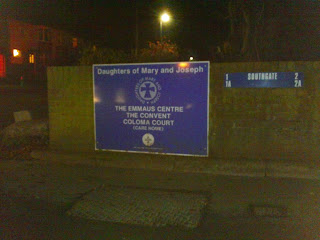 It's about a half hour drive from my house and so I turned up about 10 and was shown to a room where I spent the majority of my day reading and reflecting. 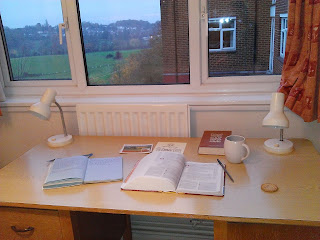 I had decided that I wanted to read the book of 1 Kings from the Bible and just see what God was saying to me throughout the day. So I set up and got reading and thinking. Lots happens in this part of Bible as it's the history part - its a book of narrative about God's people and what happens to them after King David's death. I was really struck by how there is repetition all the way through of:


I have always said that I want to be someone who follows God and who lives for him with my whole being. But I know I am just like the Israelites - I know what God has asked me to do, but do I do it...generally no. Well at least not at first.

It's been a challenge.

Then at lunch time I ate with the Emmaus Community which includes 3 sisters and the Chaplain. They live next door to another community who join them for meals everyday so it was a good vibe. What I found fascinating was that these ladies had been nuns for a long time. Two of them had signed up straight after school and another when she was in her twenties. They were so not what I had expected!

My general thoughts around nuns are probably all gleaned from Sister Act if I am totally honest. These nuns didn't wear habits and weren't confined to a convent - they were active and had various jobs that they were doing helping the community. It was really great to be able to learn from them. One in particular was talking to me about silent retreats and the benefits of them. If you have read my blog for a while you will know that the whole concept of silence is one I have been looking into. I'm tempted to do a silent retreat sometime.

Anyway, as well as reading my Bible and having a think, I also went for a walk in some beautiful countryside 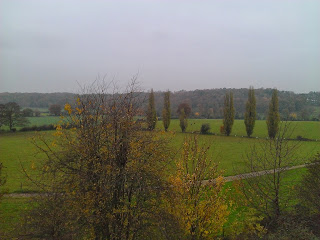 It has been a fruitful day where I feel like God has said some really clear things to me.