I don't know about you but I generally find that December is a brilliant time for reflection. There is always loads going on, but there seem to be more opportunities to steal moments to think a bit more deeply. Whether it be at a carol service, or sitting in a cafe taking a break from shopping...December seems a good point to take stock.

There's a Christmas carol that I have sung a number of times already this advent season: O Little Town of Bethlehem
"O little town of BethlehemHow still we see thee lieAbove thy deep and dreamless sleepThe silent stars go byYet in thy dark streets shinethThe everlasting LightThe hopes and fears of all the yearsAre met in thee tonight"

Now I generally find it difficult to understand anything that isn't in plain English (working with London slang is hard!) and carols generally aren't simple to understand. This verse talks about how Jesus is the everlasting light and that all the hopes and fears that you and I might have are in his hands.

This has had me thinking.

You see I never in a million years thought I would be a youth-worker when I grew up (not sure that has happened yet!) I mean as a teenager my thoughts were that I wanted to change the world. My hope was that I would make an impact with my life. My thoughts were on going into politics, or becoming a missionary...not working with young people.

My fears have always been that my life will count for nothing. That I will be forgotten, rejected and alone.

As I was thinking about this post a story popped into my head that you might have heard before:

"When I was a young man I wanted to change the world
But the world was quite a big place, so I thought maybe I'll change my country
However, the country was difficult to influence, and so I decided maybe I would change my town
I didn't have the opportunities to change my town so I thought about impacting my family
My family all had their own ideas
As an old man I thought if I had changed myself, maybe that would have changed my family, and maybe we would have made an impact on our town and maybe that would have influenced the country, and who knows that could have changed the world."
(I don't know the original source of this - it's just from my memory having heard it a couple of times)

I know that for myself I can easily look around and think about the things I'm not doing. The ambitions I had for myself in terms of impacting those around me, doing good with money, travelling the world. I saw this picture and it made me stop for a moment and think. 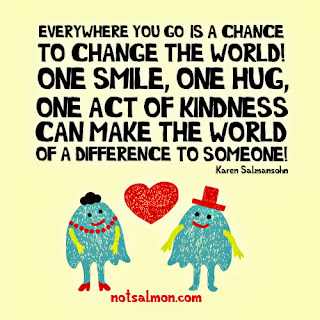 My personality is one in which I always want to look at the big picture - where am I going, what does it look like, how am I going to get there. It's good! (It's called being a visionary) But it sometimes means I miss the things right in front of me.

You see God has my hopes and dreams (not just because the song says it, but because the Bible says God knows a thought before it is even in my head!) - he knows them full well. He knows how I have been made, ambitious and wanting my life to be worth something. But he also has plans for me.

So often we can get caught up in the whole wanting to be famous and recognised thing. I know I do - so much of the time I want people to see the stuff I do and thank/praise me. But actually I can change the world a) By changing myself into the type of person God can use, and b) By using every day, simple, nothing massive opportunities to bless those around me. 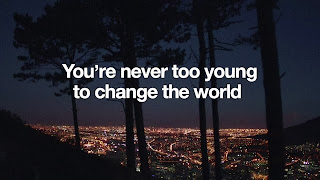 Also you are never too old to either - I think as a kid I thought it was all about being a grown up, then I'd know what to do. But as an adult you can feel like you missed the moment. Neither are true - every moment can be one where God is fulfilling our hopes and laying our fears to rest.
Posted by Naomi at 7:04:00 am